Community feedback for the future of Rails

A few months ago, we announced the creation of a “forum” to discuss the future of Rails and what the community is interested in. Since then, many important suggestions/topics were addressed, many features were completed or started. My goal in this post is to give you a quick overview on the status of the uservoice forum. 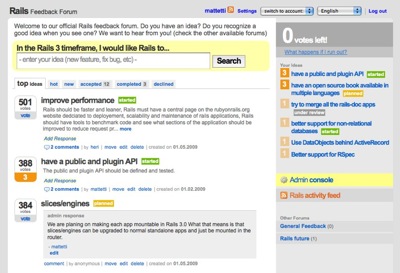 Don’t forget that you can still make your suggestions and/or pick one that is already listed and start working on it!